Yet another record breaking month… 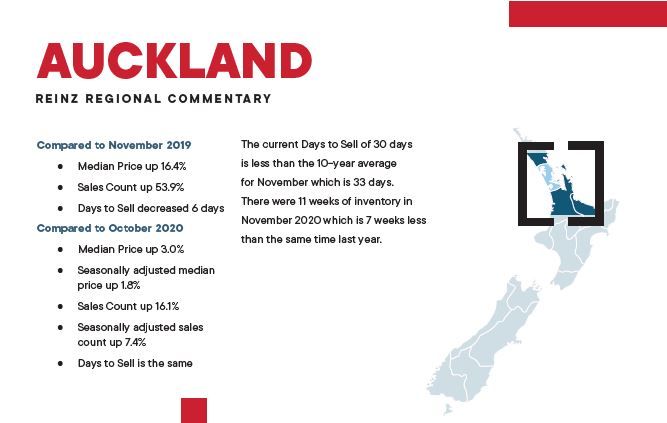 Bindi Norwell, Chief Executive at REINZ says: “The Auckland market has remained strong with 5,195 new listings in November, an increase of 45.9% from the same time last year. November was an incredible month in terms of the number of properties sold, with just shy of 10,000 properties sold over 30 days (9,885).  For three months in a row now, Auckland sales volumes have been up more than 50% when compared to the same time last year, and with a 45.8% increase in new listings in November, there are few signs of the usual Christmas slow down. It will be interesting to see how long these high sales volumes can be sustained for,”