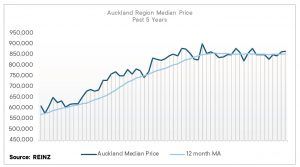 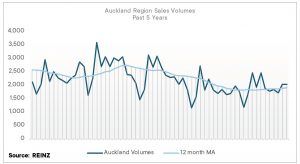 “November saw the Auckland market continue on its stable pattern of median prices in the $850,000 – $880,000 bracket. Results varied across the region with Franklin District seeing an 11.3% price uplift, yet Rodney saw an 11% fall in prices annually, highlighting the disparate results across our largest city. Vendors are meeting the market in terms of price, but they are taking their time resulting in longer days on the market, especially in some suburbs. There are very few cash ready buyers and banks’ pre-approvals cannot be relied upon as approved cash, but this only affects the length of the negotiation and not the overall sales. December is likely to see a steady market with prices remaining at current levels.”