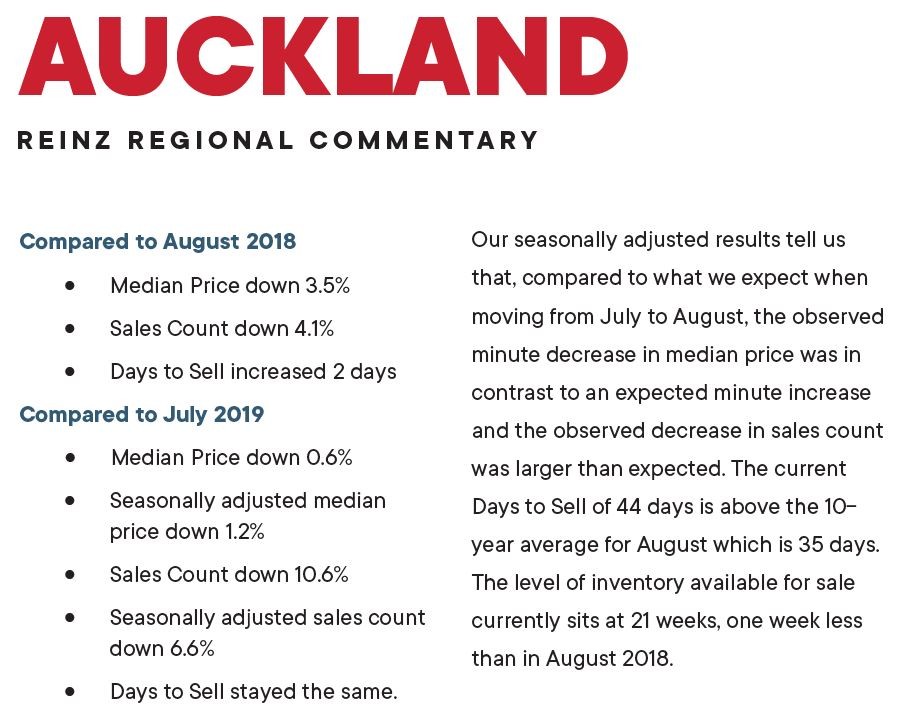 The Real Estate Institute of NZ (REINZ) released its August monthly property report last Thursday 12th September.  Bindi Norwell, Chief Executive at REINZ said: “Despite a good uplift in sales during July, August saw sales volumes fall by -6.1% from the same time last year – the lowest level of sales for 7 months. This was a bit of a surprise given the strength of July’s figures, however, an extremely wet August across most parts of the country and the past three months having the lowest number of new listings of any consecutive three months since records began in 2007 look to have been contributing factors.”

The number of new listings in Auckland in August dropped by -14%,  but there has been an increase in requests for appraisals, and in general the market is starting to pick up again.  We expect there will be the usual increase in listings over the spring/summer period, which will provide more choice for  buyers.